Tucked inside the Biscuit Factory in Southwark, there's a climbing wall. We talked to founder Fred Stone about how he got started and what are his plans for growth.

You'd never know it, but tucked inside the Biscuit Factory in Southwark, there's a climbing wall. In fact there are two. Set up in 2007, the Arch Climbing wall has grown from a staff of three to thirty and is just about to open its second venue in Edgware.

Fred Stone is the softly spoken man (with an impressive Ape Index) behind this growing leisure empire. It started - quite literally - as a labour of love; an attempt to impress a girlfriend by learning to climb. But after university and a few years teaching the sport in Egypt's South Sinai, he returned to London and carried on climbing. His first climbing venue was borne out of necessity; the closest one in London was in Mile End which was proving too long a commute from Crystal Palace. So, in his early twenties, with money invested by his father, Fred set up the first climbing wall in South London. 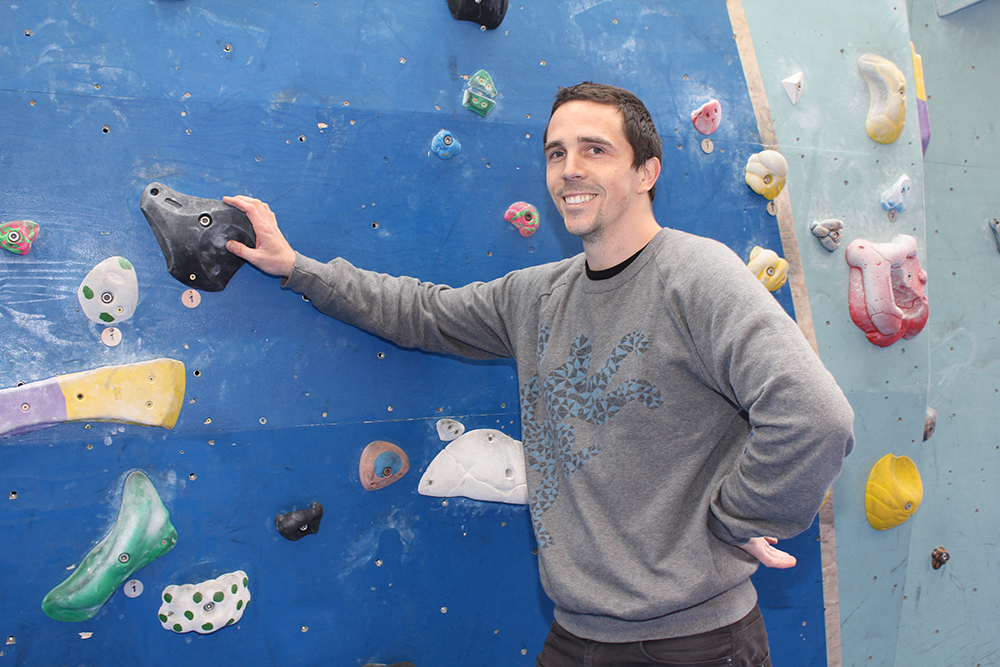 They did it, he explains, "On a shoe string. It cost about a hundred grand... that's what you needed to set up a climbing wall in 2006. I was going to get a small firm loan guarantee which was the scheme at the time. So I took that draft approval to my father and asked him if he would consider it since the bank were happy enough with the business plan to invest. It's a good way of getting finance, if you can; you end up with slightly fewer strings being pulled above you. Luckily, my dad's quite chilled out."

The Arch don't have an HR person, they just hire as and when they need, after a week's probation.

They moved to Workspace because they were getting booted out of London Bridge by Network Rail. In the three years since founding, Fred and his team made back their money and more - enough in fact to move into a bigger space in the Biscuit Factory. He admits, very modestly, that they haven't had any overdrafts and that he paid back his dad within a few years: "Not too bad for a startup in London but that was of course with typical entrepreneur's hours - so no time to yourself." He chose the building for the simple reason that he liked it.

Since then, the staff has grown organically. For example, they now employ three "route-setters" who change all the holds on the walls so climbers have infinite variety. The Arch don't have an HR person, they just hire as and when they need, after a week's probation. Fred explains that although he's the only one in charge, his role has become more of an overseer, prioritising staff and their responsibilities. In fact he wants the business as a whole to grow naturally. 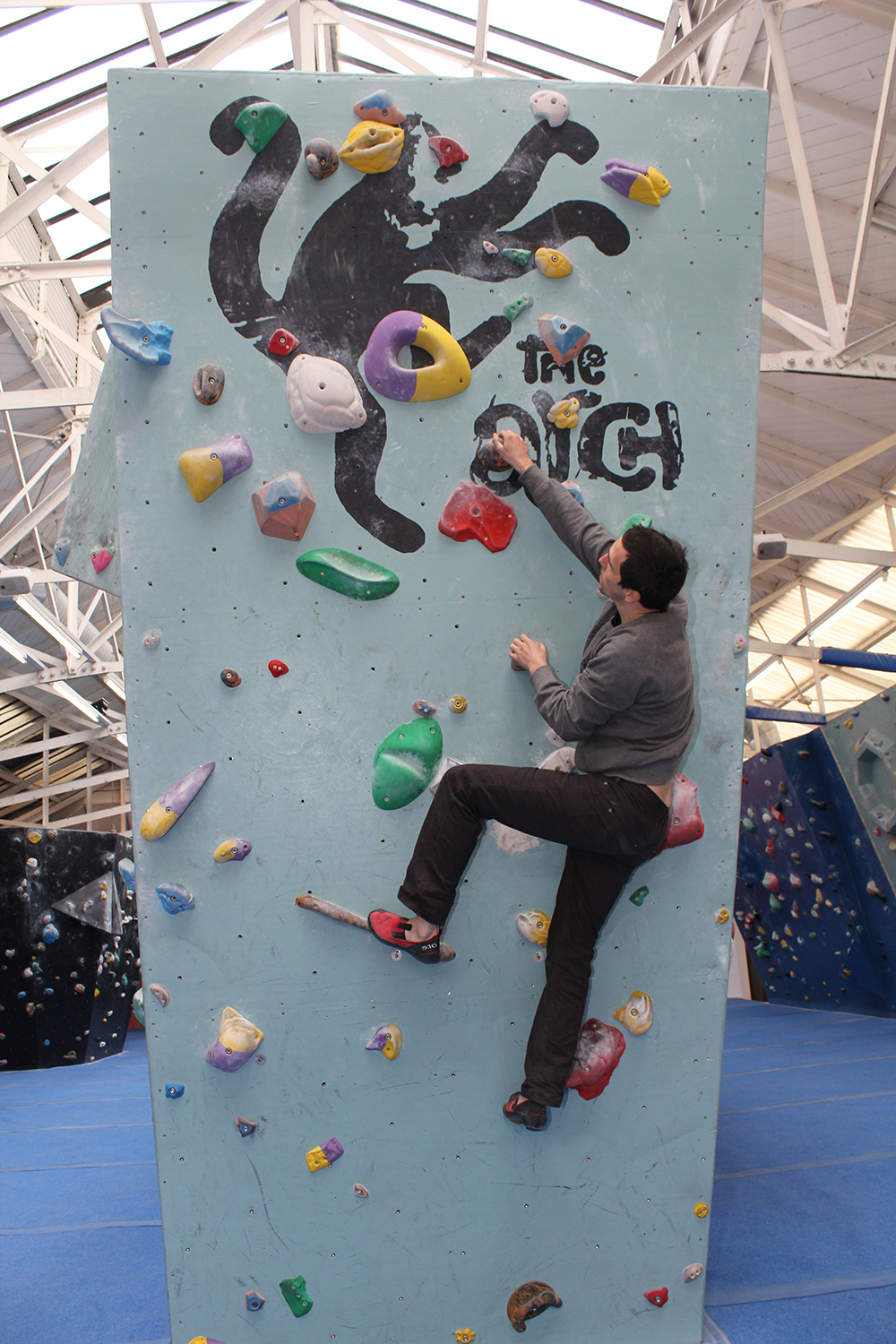 He is not looking for funding for the simple reason that "It's easier to keep doing what we're doing. With franchises, for example, you can lose control quite quickly. One of my personal values is about having a space in London where people can meet and socialise and do something healthy - so they don't have to go to the pub. (Boozing does have it's own place of course!) That's one of the things that keeps me motivated. It's not just about the numbers."

It helps that the Arch is not the stereotypical climbing centre - a "dark, dusty, dirty" space filled with nimble hippies - rather it is a big, clean, airy and inviting to both climbers and non-climbers. It actually used to be Damien Hirst's studio and Charles Saatchi used to be a regular visitor eager to snap up the latest YBA work.

It's part of the growing trend to make exercise somewhat more fulfilling than the obligatory visit to the gym: a better alternative to pounding a treadmill in front of blaring TVs.

The Arch is also a good place to do some team building - come down and have a look, and if you're an individual, just book an introduction lesson on the website and then you're away, says Fred. You will be in the company of world athletes; the Arch are the official sponsors of the GB Bouldering team and individual athletes including the para-climber Fran Brown and Leah Crane (both in the video below). The latter recently reached the World semi-finals and is now going for the finals. They both come down to practice at least once a week.

According to Fred, there are only five big climbing centres in London and they're all busy: the demand is there, but not the supply (read an interview with Fred about how climbing is becoming more popular in Management Today). There's also a business model which exists already - memberships and one-off visits. It's part of the growing trend to make exercise somewhat more fulfilling than the obligatory visit to the gym: a better alternative to pounding a treadmill in front of blaring TVs. "It just needs to be explained right. If you say climbing centre is just a different kind of gym, you're coming from a direction people understand. It's a workout, it's a fitness thing, it's a social thing that Londoners want to do." 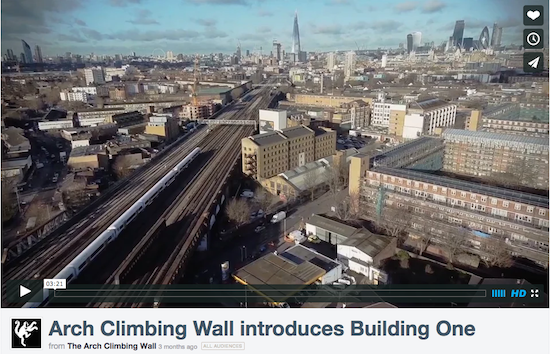 But despite the growing demand, there are difficulties with growing the business, namely, Fred says, planning laws: "I've seen so many spaces that have been empty for years and I couldn't get a change of use on them for policy reasons. And they're still empty, years on. It's crazy: it's a business which is bringing new people to an area and employing people." But Workspace were quite relaxed about hosting a climbing wall in one of their buildings.

"It was quite a nice experience dealing with Workspace because it was so fast the process of looking at a space and registering an interest and then meeting up with the asset managers". The centre in the Biscuit Factory took four months to build - they split a large warehouse into two and then got in the contractors. And when it comes to choosing the space, it's quite easy, Fred explains: "It's about handpicking interesting spaces that come up. It's about walking into a space that will blow people's socks off."

Visit the Arch website to book your first climbing session.