At the start of 2020, co-founders Doug Stidolph, Cameron Brookhouse, Lorenzo Spreafico and Martin Tweedie joined forces to launch Quell Tech, an immersive combat experience that aims to be the future of fitness gaming.

They set out to rival the likes of Zwift, Run An Empire, Zombies Run!, and the popular workout game Ring Fit Adventure from Nintendo, which has now sold over 4 million units worldwide. At the end of last year, Quell Tech secured $3M in seed funding which brought this reality that bit closer. 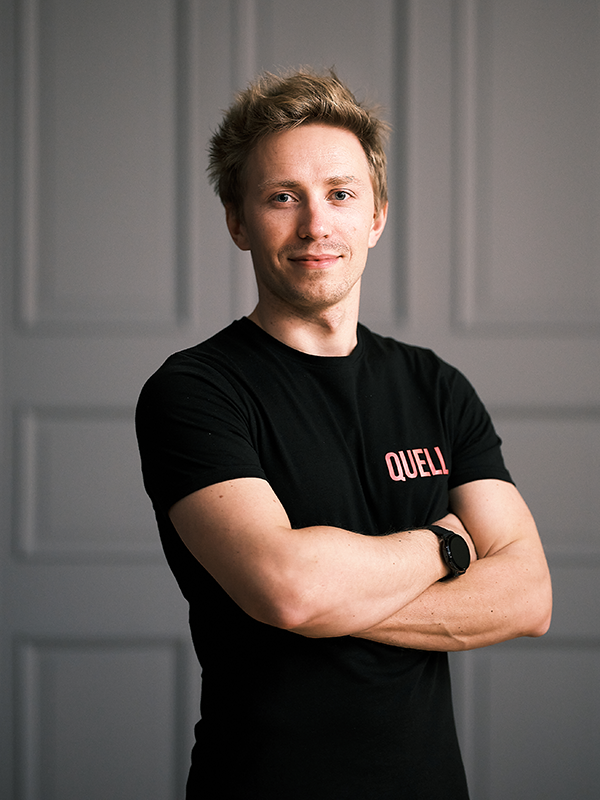 "The whole adventure started just over a year ago with a discussion with my co-founder Cameron over a whiskey one idle November evening," explains Doug. "We had a completely wild idea: what if we could make a punch bag that had the ability to fight back?"

This idea soon grew into something more workable – a "gauntlet", or harness, that a player slips on with built-in sensors to measure the speed and accuracy of each punch. The player is deeply immersed in a fantasy game world, while the resistance bands create an effective workout, explains Doug. 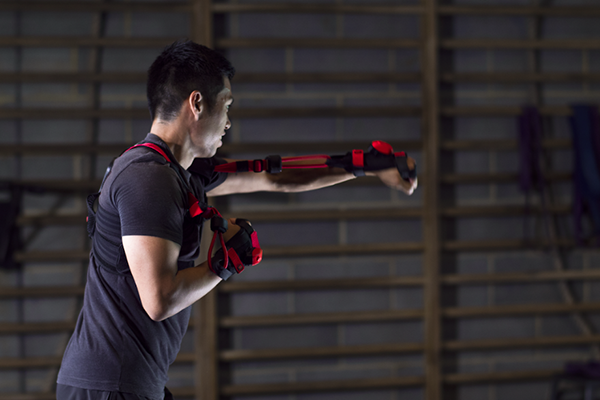 "We wanted to make exercise fun for people who don't enjoy cardio. We wanted to make a game out of it," he says. Indeed, 30 minute of battling enemies and accomplishing quests in a land overrun by magical giants will see you burn more calories than running, sprinting or circuit training for the equivalent time, the team discovered. 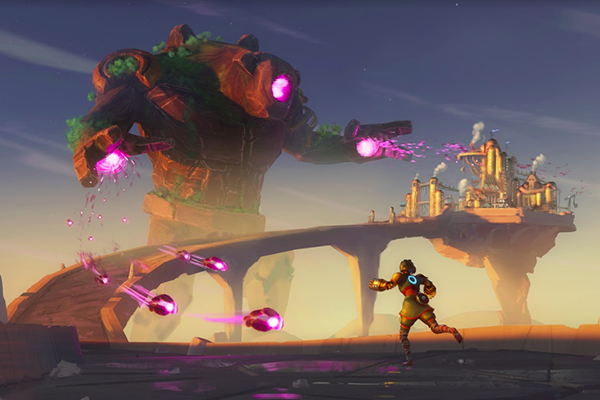 But they had to work hard to get to this point.

Last February, UCL start-up adviser Doug knew that if they wanted to compete with the best, they had to aim high. He identified Y Combinator based in Silicon Valley as the early startup programme to shoot for. It offers access to a world-class investor network, but the chances of being accepted are slim – only 200 out of 14,000 applicants are accepted onto each bi-annual cohort.

"We decided that if we were going to take this seriously, this is what we had to do," he says. "The numbers that apply are mind-boggling, but if you get on, the package they put together is incredible and businesses that go through it are statistically so much more likely to succeed."

The team took their chances. Balancing work, study and challenging lockdown conditions, they applied themselves to getting a prototype, website and solid business plan together to submit to Y Combinator within weeks.

Quell Tech on Instagram - building the game and hardware

After what Doug calls "a brave attempt", it was a success. The Quell team managed to secure a 5-minute first round interview, before being invited to the final round stage. "Normally you'd be flown to America for a 10-minute interview. It's your one shot to impress – these people don't mess around!" But due to the pandemic, a high-pressure 10-minute Zoom call took its place.

Their pitch was "quite honestly, torn to shreds," admits Doug. But, despite all odds, an innovative idea saw Quell Tech offered a place on the scheme. "Our jaws hit the floor, we couldn't believe it! We'd pulled it off!" They now had only four days to prepare for a rigorous programme that required them to be completely dedicated to their business.

"That was the start of a three-month sprint of six-day weeks, working from 9am - 8pm. It was intense but exciting because we could now work towards something achievable. Suddenly, we had an incredible light at the end of the tunnel."

During this time, they launched a brand new website, built up their product and secured $10,000 of pre-orders in a single month online – all the while, launching a Kickstarter funding round that raised a quarter of a million dollars within one week in August.

"It was insane!" says Doug. "It meant that at the Demo Day rounding off the Y Combinator programme, we were able to share our news. That got investors paying attention." Out of 2,000 investors on the call, 230 emailed expressing an interest to invest and the following two weeks were filled with 150 back-to-back meetings, explains Doug.

By the time the Kickstarter had finished, Quell Tech had raised $630,000 from 3,000 backers. They had also moved over to rival crowdfunding platform Indiegogo which enabled them to keep funding for longer.

Their initial valuation of $10 million rose to an impressive $15 million, and the team have now raised a $3 million seed round to help drive their vision forward even further.

"It was September when we decided that it was probably time to move out of Cameron's flat and look for an actual office that we could call our own," says Doug. Workspace's Kennington Park in Oval seemed like the perfect fit for the Quell team.

"I still remember the first time we walked into this room. We all knew it was going to be a cool place to be. We all value natural light and that seemed to be something this space majored in – it's beautiful." 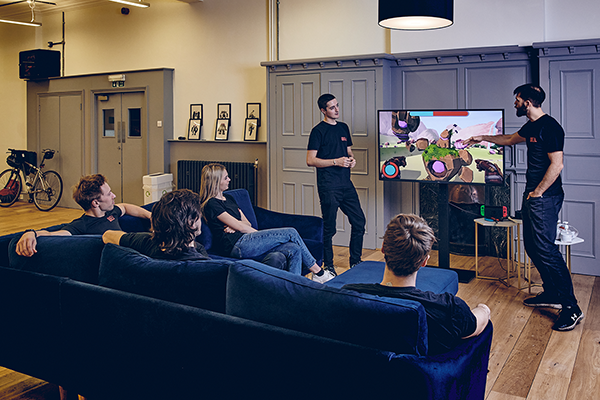 "We have a secure place to park bikes, a great gym and Oval station is literally next door – it's the winning combo. There was no way we could have done what we achieved if we hadn't been together." 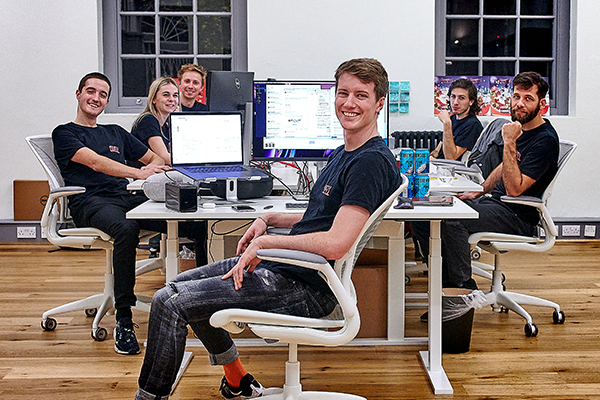 But now part of the Workspace community, and with a growing team, they have grand visions for the space. "We would love to invite people to join us here and make it a really social space where people can come and go, and play with our technology together."

As the team gears up for an exciting 2021, it seems the future is set to be no less than a knockout success.

If you’re looking for a flexible office space, see what Workspace has to offer. Prepare to return to your Workspace office with these seven expert tips on getting back to the office safely.

For further advice and up-to-date resources on how to navigate your business through COVID-19 and beyond head to our content hub.

We sat down with Chelsea Chen, Co-founder of AI start-up Emotech.

Wild cosmetics is shaking up the personal care industry one deodorant stick at a time, with vegan-friendly and sustainable values at its core. We find out how the UK's number one natural deodorant brand is growing its team and expanding its Workspace office, without breaking a sweat.
Find your perfect Workspace
Home to London’s brightest businesses. 60 iconic properties throughout the capital, from Chiswick to Camden, Waterloo to Whitechapel.
Explore