We meet photo innovator Oliver Reed, whose company Say Fromage have settled into their new home at Workspace’s Fuel Tank in Deptford

You’ve probably crowded into one at a party, drawn the curtain and pulled silly faces with your mates. Fun photo booths may now be a familiar sight at weddings and events, but someone had to think of putting them there first. That someone was Oliver Reed — so he likes to claim — and the year was 2007.

While working in event photography alongside his studies at LCC, Oliver noticed that guests at events often wanted to see their photos straight away. Upon graduating, he built a photo booth prototype out of MDF for £200. “I took it to a friend’s party and then somehow managed to get a corporate job out of it. It snowballed from there.” 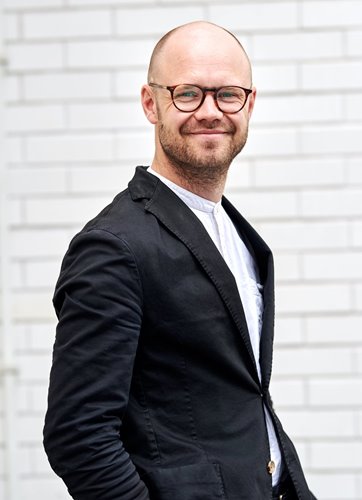 The resulting company was Say Fromage, now based at Workspace’s Fuel Tank in Deptford. It’s come a long way since those humble beginnings. Oliver and his team create photographic experiences of all kinds — digital, interactive, printable, shareable - for clients including Google, L’Oreal, Burberry and the BBC. The company books around 200 events a year, ranging from product launches to VIP parties, as well as permanent installations and retail. Oliver now employs seven people full time alongside 10-20 freelancers.

One of Say Fromage’s most popular products is the GIF Tunnel, an open-ended structure clad with lights or decorations with a camera at one end. Guests move through the tunnel and the pictures are instantly turned into a shareable GIF. 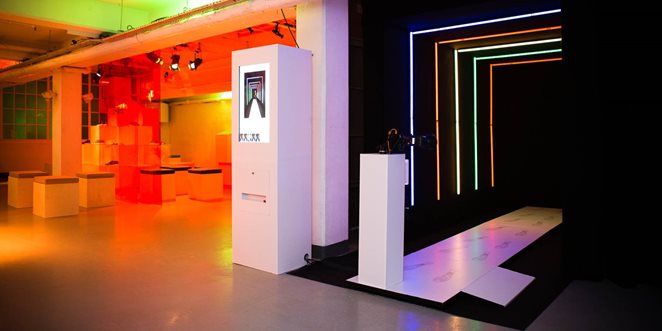 Then there’s Bullet Time Photography, where multiple cameras fire simultaneously to create a 3D effect around the subject, who appears as if frozen. The resulting photos can be saved in a GIF or video format.

For Oliver’s clients, these experiences generate valuable branded content that can be shared on social media while providing guests with a fun memento of the occasion. But it’s not all about the likes. Just as important is to create a fun, engaging spectacle at the event itself. “It’s about creating a physical experience as well as interesting content,” says Oliver. 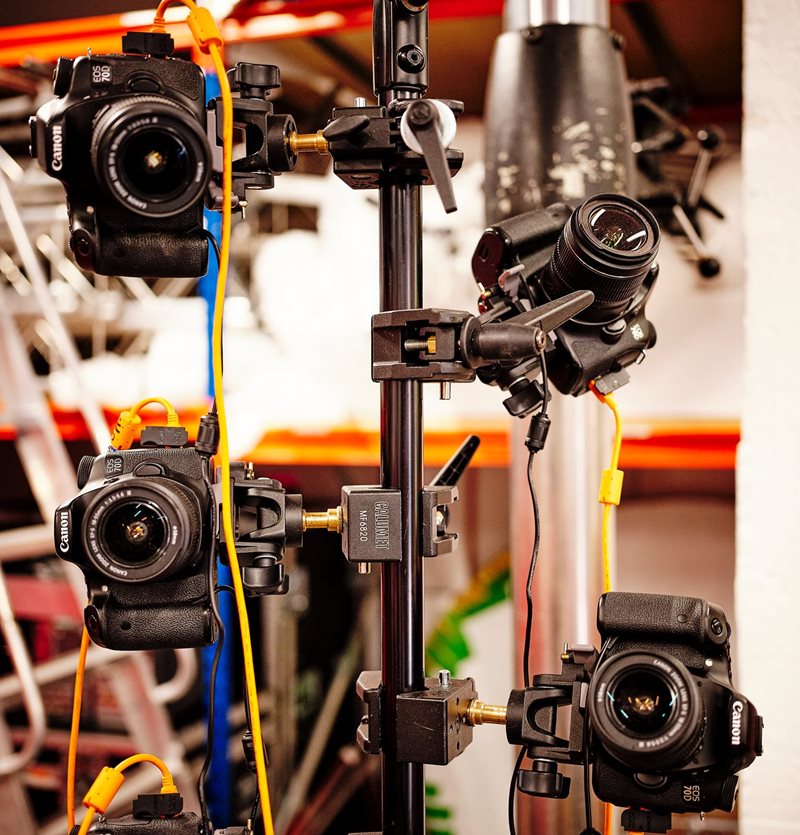 The other side of the company is a creative studio known as SF Works, where Oliver and his team come up with innovative solutions to open briefs. For the launch of a new hairdryer at a London hair expo, Dyson had styling stations where visitors could have their hair done. “We set up cameras in the mirrors that took pictures and generated a branded time-lapse video of the styling session which people could share,” says Oliver.

For a VIP party at the X Factor final, SF Works appropriated a robotic arm normally used for filming commercials. This became a robotic fashion photographer, taking pictures of people from different angles and generating what Oliver calls a “Robo GIF”. The company is also developing augmented reality experiences that enable people to pose with 3D avatars.

The atmosphere is the right mix of creative, professional and sociable. “There’s a lot of small-to-medium sized companies doing everything from motion capture to interior design,” says Oliver. “We’ve met quite a few of them.” Say Fromage laid on photo booths for a couple of Workspace networking events and drummed up some new clients as a result.

Oliver’s main objective in the short term is to continue working on exciting projects. “I own the company solely so there are no shareholders chasing dividends,” he says. “It’s more about working for interesting clients and developing technologies that allow us to create exciting content.”

From a DIY photo booth to augmented reality in 12 years — now that's quite a flash forward!

If your business is looking for a new home in London, why not see what we have to offer? Browse our property portfolio here, take a closer look at the Fuel Tank or if you are a professional photographer, check out our photo studio spaces in London.