Why sustainability should be central to 21st century business strategy

Why sustainability should be central to 21st century business strategy

Corporate social responsibility is no longer the clichéd buzzword it used to be. We take a look at a movement where sustainability isn’t a secondary concern but is central to business strategy. Workspace customers such as B Lab and Anthesis are at the cutting edge of “caring capitalism”.

Remember 1995, when Eric Cantona kung-fu-kicked a fan; the Prime Minister announced a snap leadership election; Pierce Brosnan played Bond; Millennials didn’t matter; and your preference for either Häagen-Dazs or Ben & Jerry’s really said something about you?

Ben & Jerry’s was one of the first brands to use ethical standards to drive its marketing efforts – and differentiate itself from the more seductive messaging of rival Häagen-Dazs.

Ben Cohen and Jerry Greenfield championed “caring capitalism”. They donated a portion of pre-tax profits to their charity foundation; talked about the importance of the environment; and shared profit among staff. It was revolutionary. Customers loved it, while naysayers waited for it to flop. When the brand was bought out by fast-moving consumer goods company Unilever in 2001, it felt like the death knell had sounded for its singular social mission. 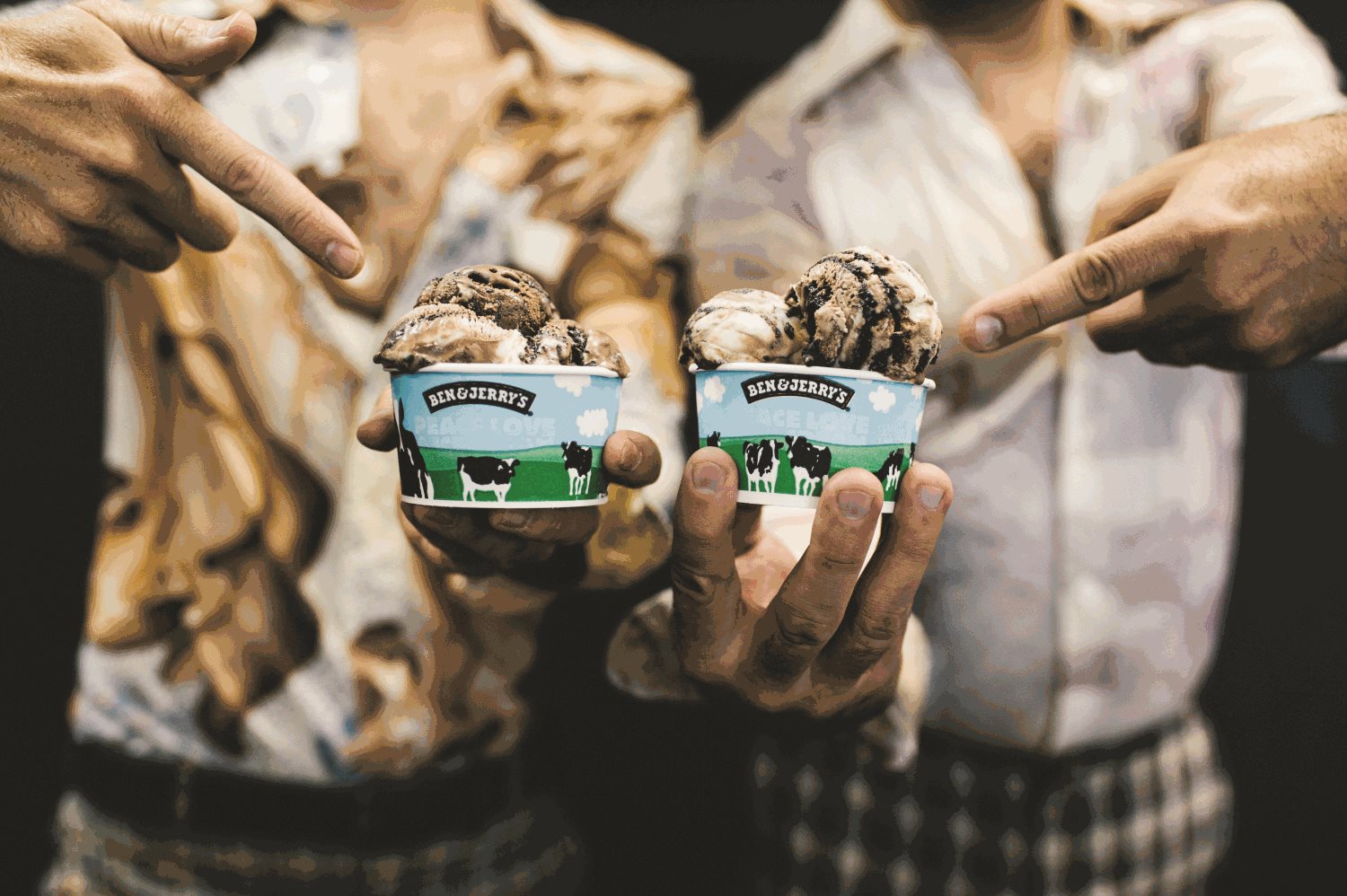 Anthesis, an international sustainability consultancy and Workspace customer at The Leather Market is at the forefront of promoting caring capitalism. Director, Chris Stanley, believes that in the ’90s and ’00s, businesses became more focused on short-term financial profit.

“It was accelerated by the dot-com revolution because people started realising you could make money quick – big money – and get overinflated values on their companies,” he says.

A former Unilever employee, he thinks the conglomerate also succumbed to pleasing shareholders at all costs. “A lot of the heritage and culture started to change. The majority of the focus was on making a more efficient business to deliver better financial returns.”

But after the crash of 2008 and 2009, a sea change occurred. Businesses started to shift the emphasis from Corporate Social Responsibility (CSR) – “a defensive mechanism”, as Stanley puts it – to making sustainability a core part of the business strategy. “Unilever is the best example of that,” says Stanley.

CEO Paul Polman developed a clear purpose for Unilever: to make sustainable living commonplace. Launched in 2010, a year after he got the job, the plan was to help more than a billion people take action to improve their health and wellbeing, halve the business’s environmental impact and enhance the livelihoods of millions of people.

“At the time they said they didn’t know how they were going to achieve it,” Stanley says. “It was a bit like putting a man on the moon. They thought: ‘This is what we want to do, we have a fantastic business with lots of clever people, let’s see how we can do it.’ As a result, they’ve made some huge strides in reducing their environmental impact.”

So, what happened to the ice cream? In 2012, Ben & Jerry’s – now the fourth largest ice-cream brand in the world – enshrined social responsibility into its Articles of Association. It became a “B Corp”, which is in some ways the equivalent of a Fairtrade certificate but for businesses instead of products.

Seeing past the greenwash

B Lab, the UK arm of the B Corp campaign, is based at Workspace’s Clerkenwell Workshops. Founded in the US in 2006, the movement introduces common ethical standards; helps businesses become more purposeful; and reassures consumers that when a business says it’s doing good, it really is. 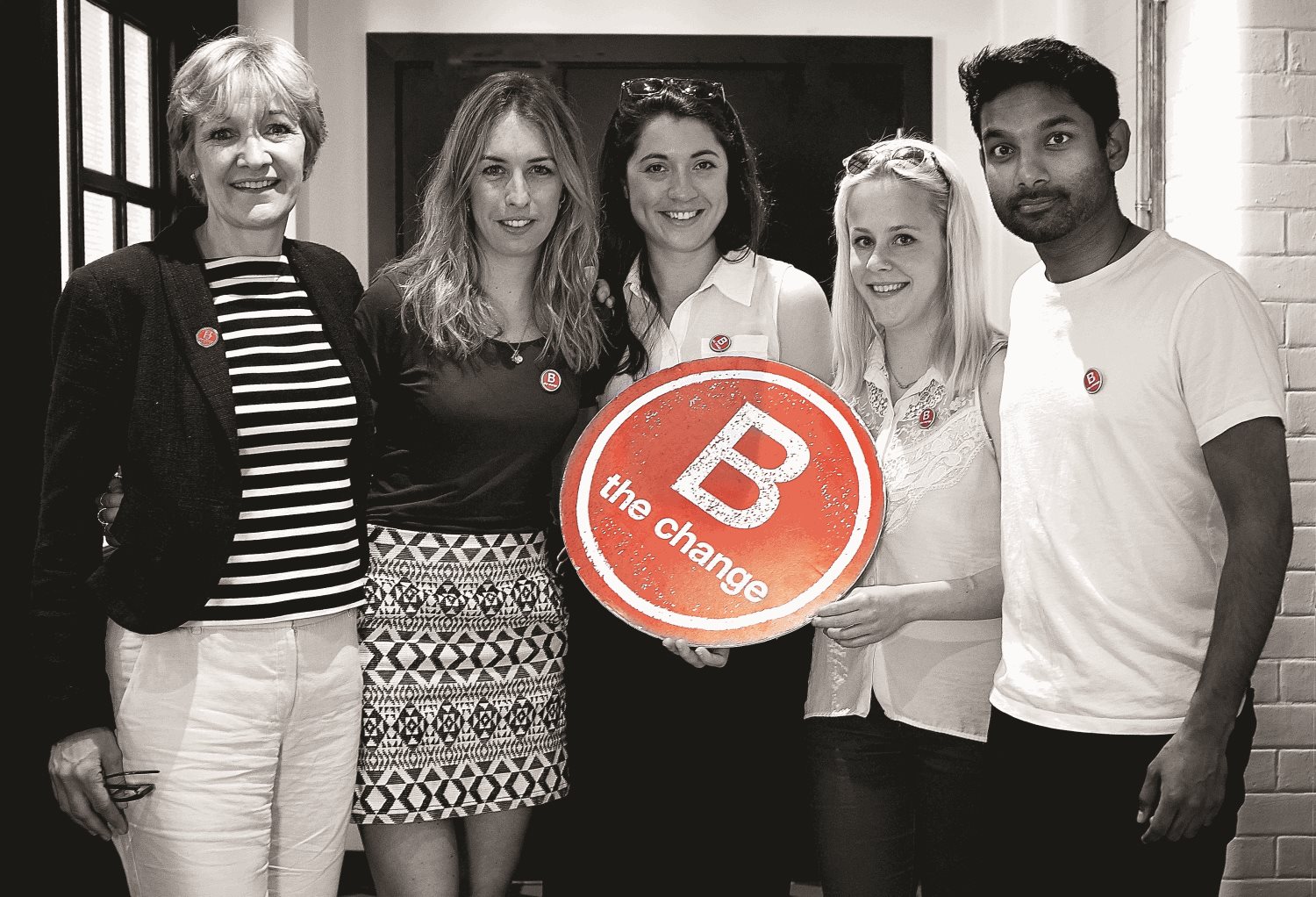 Companies wishing to become a B Corp have to undergo a rigorous assessment process – answering questions about their supply chain, pay structure, workforce and governance. Ella’s Kitchen and Divine Chocolates are just some of the British businesses that are certified. B Corp also works with large corporations – Danone is undergoing the process.

The #BCorp community & friends are hard at work - such creative ideas at #bhack #bthechange pic.twitter.com/PXUMw9Q4j5

Darryl Mootoosamy, in charge of business development at B Lab, says that there has been a backlash against CSR as “customers see past it”. No amount of philanthropy could, for example, neutralise scandals like the Deepwater Horizon oil spill. Arts institutions still face intense criticism when accepting sponsorship from BP.

The disconnect between advertising messages and what companies were actually doing became problematic. Stanley adds: “A lot of the things that people used to put under CSR were just a ‘greenwash’. They were small things that looked good but in the grand scheme of things, they were a drop in the ocean. That’s where the bad press came from. NGOs and experts got fed up with companies trotting out the same old clichés.” 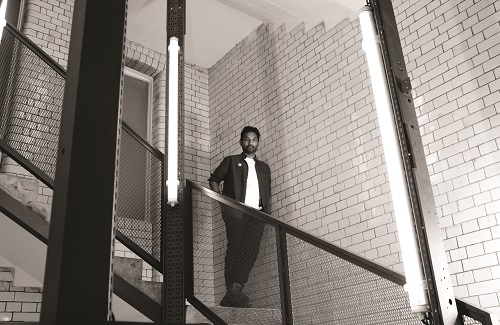 Darryl Mootoosamy from B Lab, based at Clerkenwell Workshops

Genuine sustainability is a generational concern. Millennials and Generation Z are far more in touch with the impact they’re having on the Earth – the effect they’re having through their decisions, the clothes they wear, where they’re spending and where they work.

Furthermore, business’ impact on the environment cannot be hidden in “a world where information is rampant,” Mootoosamy says. “Everything has to be transparent and if a company is not transparent, they’re going to be found out.”

This is about more than sustainability; it is about giving companies a purpose. “A purpose is doing something which benefits the customers, workers, community or the environment,” says Mootoosamy. High-profile British B Corps such as COOK hire ex-prisoners to help make food in the kitchen, while JoJo Maman Bebe takes on people with Down syndrome in its baby clothing stores.

Mootoosamy says: “That’s where they’re making a difference. They’re not doing good on the side, it’s part of their business model.”

Tech company Satalia, which uses artificial intelligence (AI) to make companies more efficient, also views purpose as central to its mission. The “North Star” at the heart of Satalia’s strategy, says CEO Daniel Hulme, is “to make people free to do the work they love.” 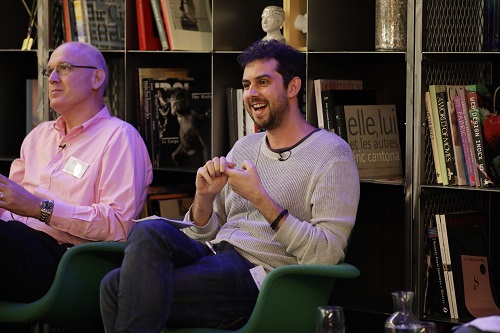 Daniel Hulme CEO of Satalia, talking at a WBI Dinner at Westbourne Studios

The 70-strong team of scientists, academics, entrepreneurs and engineers has worked for the Ministry of Defence, one of the top four management consultancy firms and well-known retailers. Despite the company’s growing size, it can maintain the flat hierarchy, transparent pay structure and independent research because of one simple thing.

“We managed to hold off raising investment which means we’re not beholden to people who have a commercial impulse,” says Hulme. This means Satalia can focus more on the company’s purpose and making the business financially sustainable, as opposed to financial terms for investors.

This is the key difference between traditional businesses – that may indulge in CSR – and purposeful ones. The former looks after the interests of shareholders – often investment funds who are out to make money or pension funds that aim to deliver steady returns – whereas the latter prioritises stakeholders.

But looking after stakeholders does not mean shareholders suffer. In 2015, Unilever’s 12 sustainable living brands grew a third faster than the rest of the business. Stanley is convinced it’s because these brands make superior merchandise.

“They’re better products,” he says, highlighting efforts to reduce packaging and increase manufacturing efficiency. “It’s encouraged more collaboration between business, across industries, and in companies that used to compete.”

Mootoosamy believes that prioritising a sustainable business leads to better due diligence.

Law firm Bates Wells Braithwaite took the assessment to determine its supply chain. The assessment means businesses know more about their suppliers: their code of conduct, what they pay and how they treat employees, as well as where they source products.

“Rigorous investigation was ultimately good for them. They created a supplier code of conduct, they have a team which looks at the supply chain and keeps track of it on a regular basis,” he says.

A business with purpose is also key to a good hiring strategy. Mootoosamy knows it first-hand. He left his job in a FTSE 500 company because he felt like he wasn’t adding value. “Fulfilment comes from doing something you enjoy but also from knowing that you’ll leave the world a better place – and you’re not just making money for some fat cat sitting in an office.”

Hulme agrees: “If I’m a young, talented graduate and I have two companies I can work for, both selling same services – but one has a purpose and the other one doesn’t – which one would you work for?”

Our latest article by Angela talks about motivation within self-organising teams -https://t.co/VFHwzr9Iek

And although AI may increase businesses’ efficiency, it may not necessarily lead to job losses.

Hulme thinks a greater proportion of the workforce should devote time to purposeful aims. “One, because it’s good for the world and two, because it’s a very good marketing tool to attract customers and attract talent.”

In 2015, Bloomberg reported that Unilever exceeded sales targets for the first three quarters. The growth came from emerging markets and… you guessed it: ice cream. Looks like going green really does pay dividends, shareholders or not.

Want to join businesses like Satalia and Blab? Why not find out if your company can find a space with us at Workspace? (we’re sure you can). Or find out more about what we do here.

BYBI Susty Summit: What does the New Year hold for sustainability?

We joined BYBI (which stands for By Beauty Insiders) at their sustainability summit as they picked the brains of environmental experts Hannah Pathak, Director of Forum for the Future, and Emily Sharples from South Pole. Here’s what they had to say.

Green up your brand

Sustainability is a confusing word. With transparency and authenticity being seen as key to brand loyalty – it’s time businesses made sure that every element of their operations makes a positive impact.
Find your perfect Workspace
Home to London’s brightest businesses. 60 iconic properties throughout the capital, from Chiswick to Camden, Waterloo to Whitechapel.
Explore