Like it or not, machine-to-machine technology is changing the way we do business. We take a look at the shape of things to come.

Despite the rather obscure name, the Internet of Things (IoT) is actually an incredibly straightforward concept. It refers to the ability of everyday objects to have digital connectivity by sending and receiving data through the internet.  It is also called machine-to-machine (M2M) technology.

Rapidly falling broadband costs, alongside exponential increases in data transfer speeds, have created the perfect environment in which tech innovators all over the world can work towards realising the full potential of this burgeoning field. The growth in this technology over the past few years has been unprecedented, with the total number of devices connected to the internet surpassing the number of human beings on earth in 2008, and expected to reach the 50 billion mark within the next five years or so.

The potential impacts of IoT on business and the workplace are myriad.

There has been much speculation about the impact that IoT will have on the way we do business and manage our work lives – whether all of this machine-to-machine technology will actually empower people in their work or increase isolation, digital dependence and an individual approach to work. Here are three key ways that we can realistically expect the continued development of IoT to affect the office.

Counter to the argument that IoT will create a more insular workplace experience, is the potential that the rapid development of new useful technologies will help advance ease of collaboration. In a recent Harvard Business Review some 58 per cent or early adopters of IoT technology in the workplace, stated that it increased and promoted collaboration.

An extreme example of this currently in development is the iRobot Ava 500, a collaborative effort between Cisco and robotics firm iRobot, that will allow people to have a more realistic remote presence in an office space anywhere in the world.

The significance of this technology is that it allows standard video conferencing, which has until now been fixed to a device such as a computer or smartphone, to provide a physical presence with freedom of movement within a space. Ava 500 is free to roam around an enterprise base and interact face to face with little more than the tap of a screen.

Are we close to a time when this kind of innovation will become mainstream? Probably not, but the very fact that these first tentative steps are being made, indicates the level of interest that major global players are giving to such notions.

On a more grassroots level, we can fully expect that simplifying the collaboration process will form a key part of office technological advancements, with wearable technologies such as Apple Watch already bypassing traditional means of communication in favour of a more immediate and personal connection. 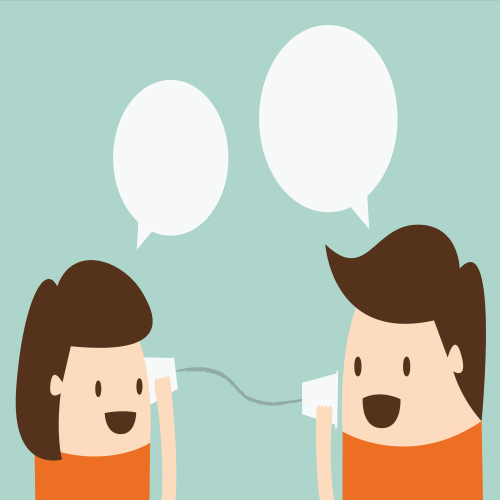 OPPORTUNITIES FOR CHANGE AND GROWTH

For many small and large businesses IoT may pave the way to finding new revenue streams and creating better and more efficient ways of operating their business model.

One of the most significant ways that this will potentially occur is through the analysis of data collected by IoT devices, when used by company members, customers or clients.

With items that are connected to the internet constantly, comes a huge opportunity to collect and analyse various data streams. Thinking about it in terms of a product that you have created, this will allow you to gain a comprehensive snapshot of the ways in which your customers and clients are using it. In turn, this opens up the opportunity for alterations and improvements that may otherwise have been almost impossible to accurately identify a need for.

Further to this, an added level of connection to customers and clients means that businesses should be able to forge stronger relationships with the people who use their products, pre-empting potential problems and devising new revenue streams based on automatically collected feedback.

Large companies already use real-time data collection technology, but as it becomes ever more accessible to startups and SMEs, it could introduce the opportunity for accelerated growth and development. It may prove to be especially useful in creating targeted and highly specific marketing campaigns, much reducing the ‘hit and miss’ style that still runs through this business activity.

What’s more, as consumer tastes change to adapt to an ever more connected world, the opportunities to seize upon this for product diversification and development will become huge.

At the moment one major issue stands in the way of fully realising some of these fantastic benefits; our ability to analyse the data that has been collected has not kept pace with the technologies that gather it. As a consequence, much of the data is as yet not useable, but with much greater investment already feeding into this area it won't be long before we see a rebalance, which should accelerate IoT uses for business.

The term ‘office of the future’ is bandied around quite humorously in the media, with outlandish claims worthy of the worst sci-fi script you can think of. However, IoT technologies will most certainly bring some very useful alterations to the fabric of the modern work environment, and the way that we interact with it.

As you'd imagine, most of these serve a very practical function in the day-to-day running of the office, but are none the less rather cool.

Here are a few things that are currently on the market or in development, which will give you a sense of the direction that things are moving.

These may seem somewhat basic or pedestrian uses for such advanced technology, but they give us a sense of how the continued growth of the IoT is likely to have a major impact on even the most minute areas of our lives.

Harness the power of LinkedIn

Upskill staff to keep them engaged and on track during times of change
Find your perfect Workspace
Home to London’s brightest businesses. 60 iconic properties throughout the capital, from Chiswick to Camden, Waterloo to Whitechapel.
Explore