Are you part of the Flat White Economy?

Are you part of the Flat White Economy?

Prefer to talk business over a cuppa in a café than in the boardroom? Wear skinny jeans not a suit? Then you may be the driving force behind Britain's recovery.

The Flat White Economy – it's a phrase coined by Professor Douglas McWilliams in his book, The Flat White Economy: How the Digital Economy Is Transforming London and Other Cities of the Future. It describes the financial recovery that's being powered by startups, entrepreneurs, small businesses and co-workers.

The speed and scale of this recovery are, according to him, impressive:

'Since the financial collapse, the Flat White Economy has spawned four times more jobs than the City lost in the crisis. London is now growing one and a half times faster than Hong Kong.'

Driven mainly by online retail and marketing, the Flat White Economy is mostly defined by McWilliams in terms of the type of people who make it up:

'They don’t have space for cups and saucers and dining rooms, so it makes more sense to head out to a café for breakfast. They save on ownership and travel light. They wear skinny jeans instead of suits. They have one or two expensive electronic products, but on the whole they are less materialistic than their parents’ generation. They buy bicycles rather than Porsches.' 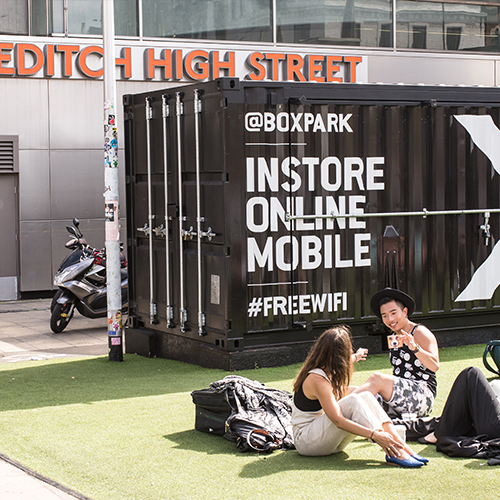 'Hipsters, and the ecosystem surrounding them, represent the future of British prosperity. Not only are they greener and more ethical than the rest of us, but the industries in which they work are driving our economy. We mock them at our peril.'

The future isn't completely bright, however. Rising house and office rents threaten the sustainability of Silicon Alley and there seem to be few alternatives – apart from co-working, of course.

And what about making sure the Flat White Economy benefits places other than London? McWilliams suggests that 'Each region should compete to make its migrants feel that they will be given significant social status when they return.'

The plan to roll the model out of London simply by changing attitudes is perhaps naive. Charlie Burton in GQ sensibly questions this tactic, as well as McWilliams' strategy of implementing regional tax havens:

Either way, it's nice to see an economist as important as McWilliams taking the digital economy seriously. He was until recently the executive chairman of the Centre for Economic and Business Research (a think-tank he set up 22 years ago which advises all the political parties and 25 top FTSE companies).

He stepped down after being filmed allegedly smoking crack cocaine at a den in Hornsey. An interesting character, indeed, as an interview in the Evening Standard proved. Incidentally, he is lactose intolerant. Perhaps the Flat White Economy refers to something quite different.

Find out about The Flat White Economy: How the Digital Economy Is Transforming London and Other Cities of the Future