We’d like to introduce you to XLP, a charity which creates positive futures for young people growing up in deprived inner-city estates, often struggling with issues such as family breakdown, poverty, unemployment and educational failure. Workspace and XLP are long-term partners.

XLP’s programmes provide strong, consistent and supportive relationships for the young people they work with, nurturing the belief that things can change and helping them to set positive goals while providing a support network to help them achieve their goals.

Workspace are committed year on year to supporting XLP through a wide variety of means, including financial support, mentoring, work experience and facilitating employment opportunities. This year we took it one step further with Workspace employee’s taking the plunge in a daring trip down the Bosnian river Tara, all to raise money for XLP.

The trip raised a total of £7586.59 for XLP’s work and ended with 6 tired yet happy employees! If you’d like to learn more about our work with XLP click here! 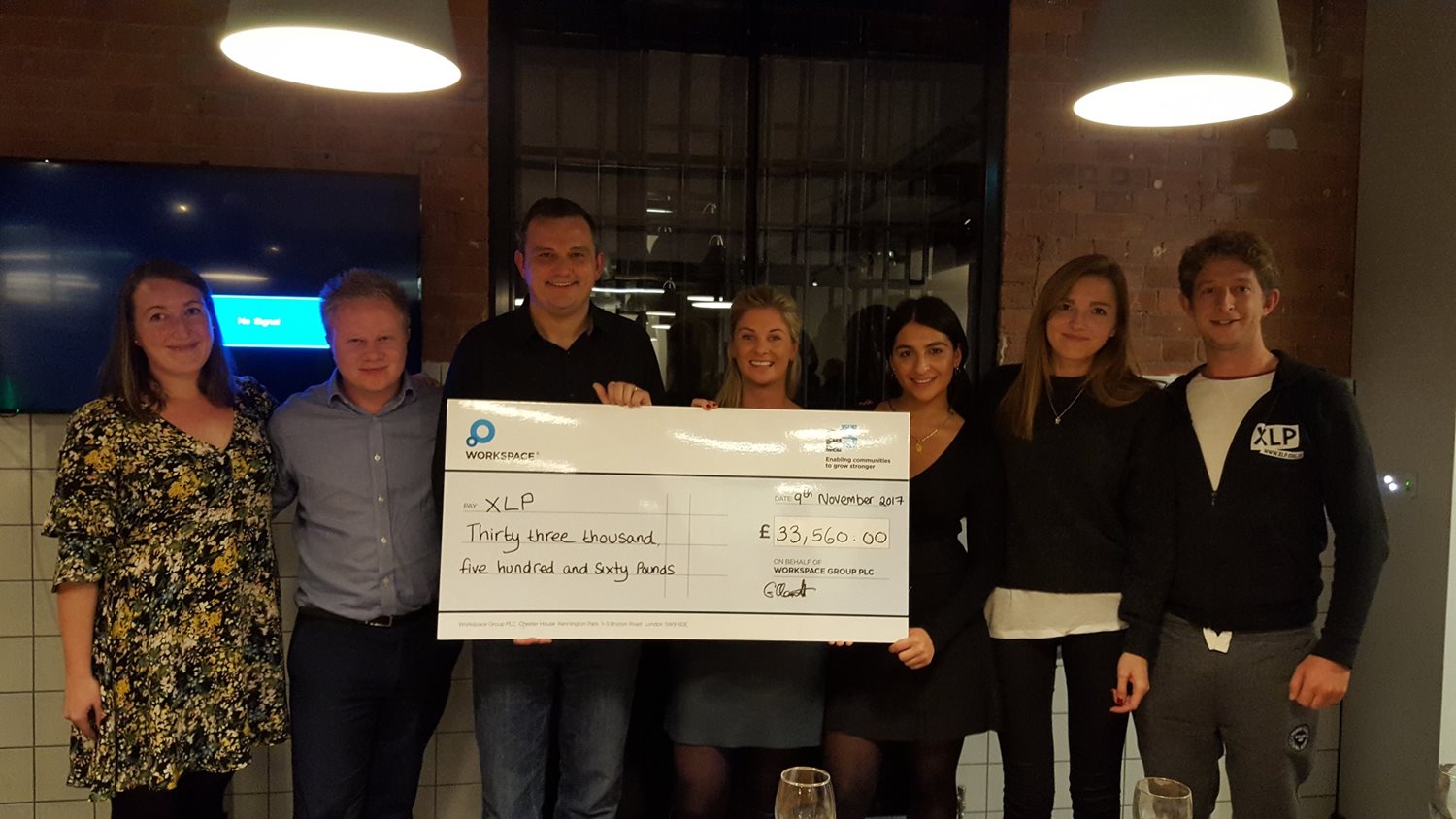 To get a taste of what the trip was like, here’s finance business analyst at Workspace, Kate, who takes us through the adventure from her point of view:

Saturday: We met at Gatwick for an early evening flight and had time for a quick drink beforehand. We flew to Dubrovnik (Croatia) and were picked up by a driver from our camp called Billy and It was a fair few hours’ drive. We crossed the border from Croatia into Bosnia and the roads became progressively more twisty and uneven. We arrived at camp late at night to some lively local folk dancing and were just contemplating joining in when the heavens opened. We dashed to our bungalows for shelter. Within five minutes the grass had turned into a big pond and the rain was pouring through the wooden slats of the bungalow, getting us wet as we sat on the beds trying to work out what we had let ourselves in for! Lucy thought she loved bungalows, but this had put her off. 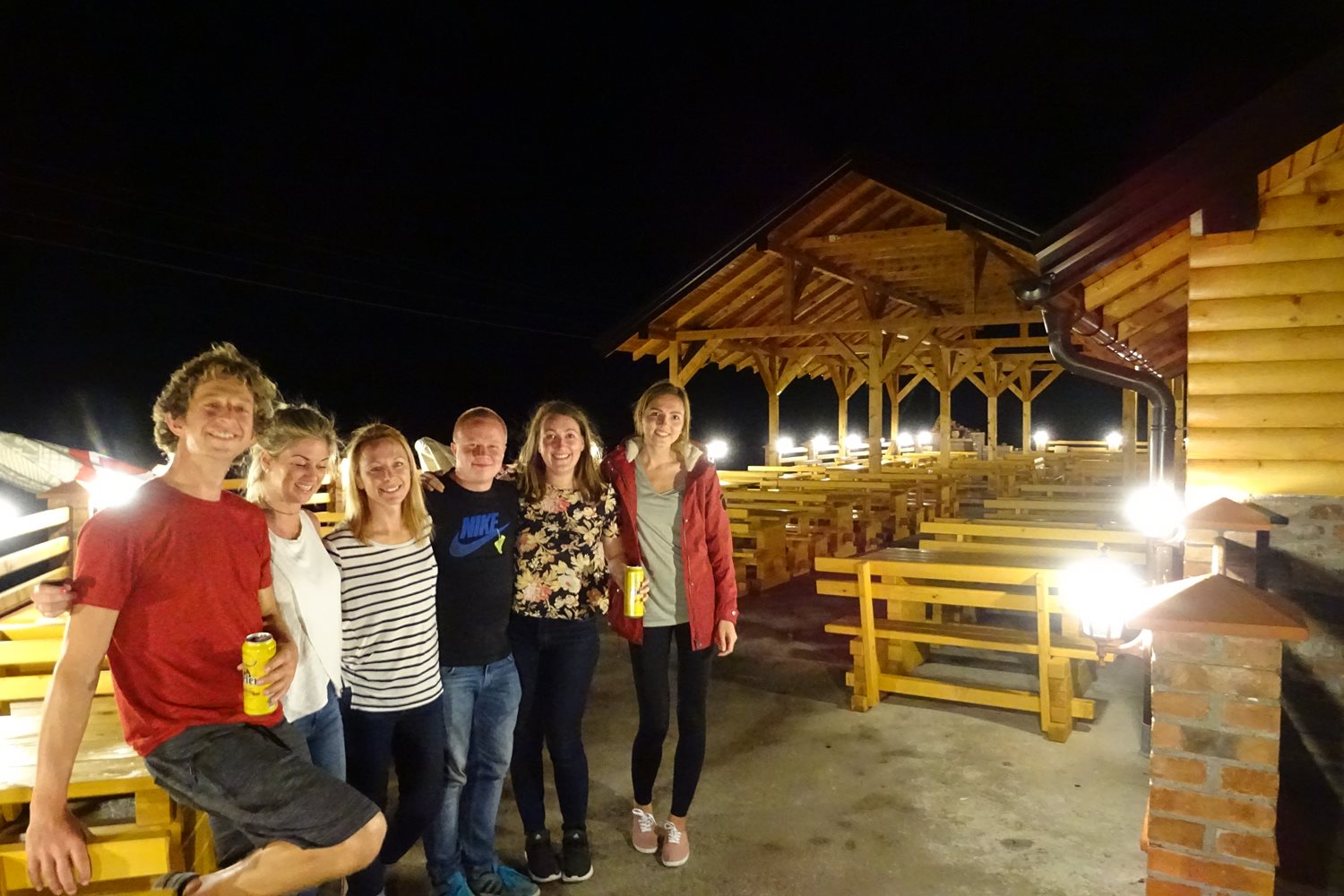 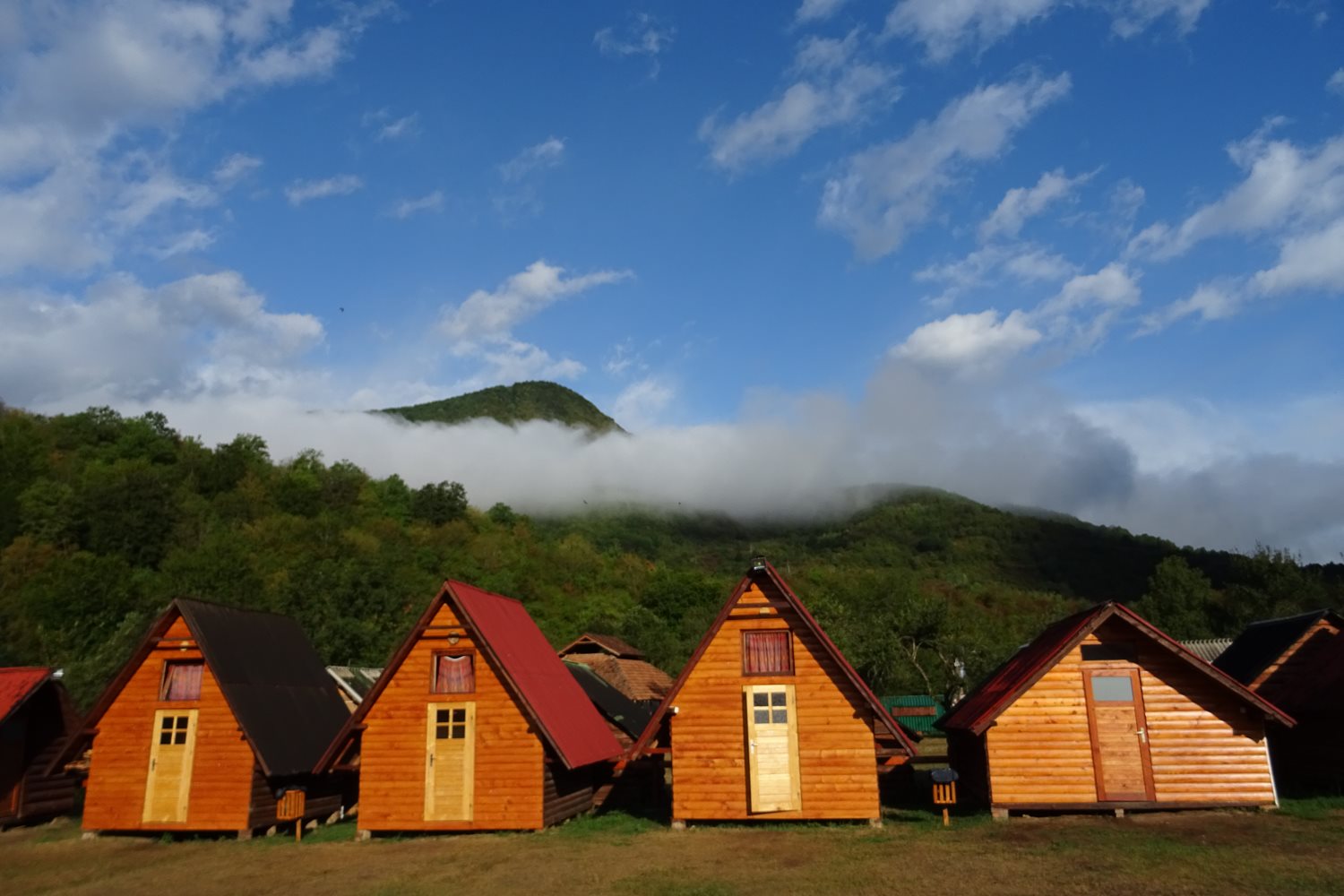 Sunday: When we woke up the rain had stopped, and we could finally see where we were. The camp was surrounded by amazing green mountains and the river ran right alongside it. We had a great breakfast of eggs, cheese and ham (we would all be very, very sick of ham soon), then we had a long drive to get to where we would start our rafting. The roads were extremely twisty and we were all sat facing each other in the back of a jeep for hours, fighting off travel sickness, but the scenery was incredible. We went through tunnels carved into the rock, stopping to take photos of the turquoise river and reservoir. 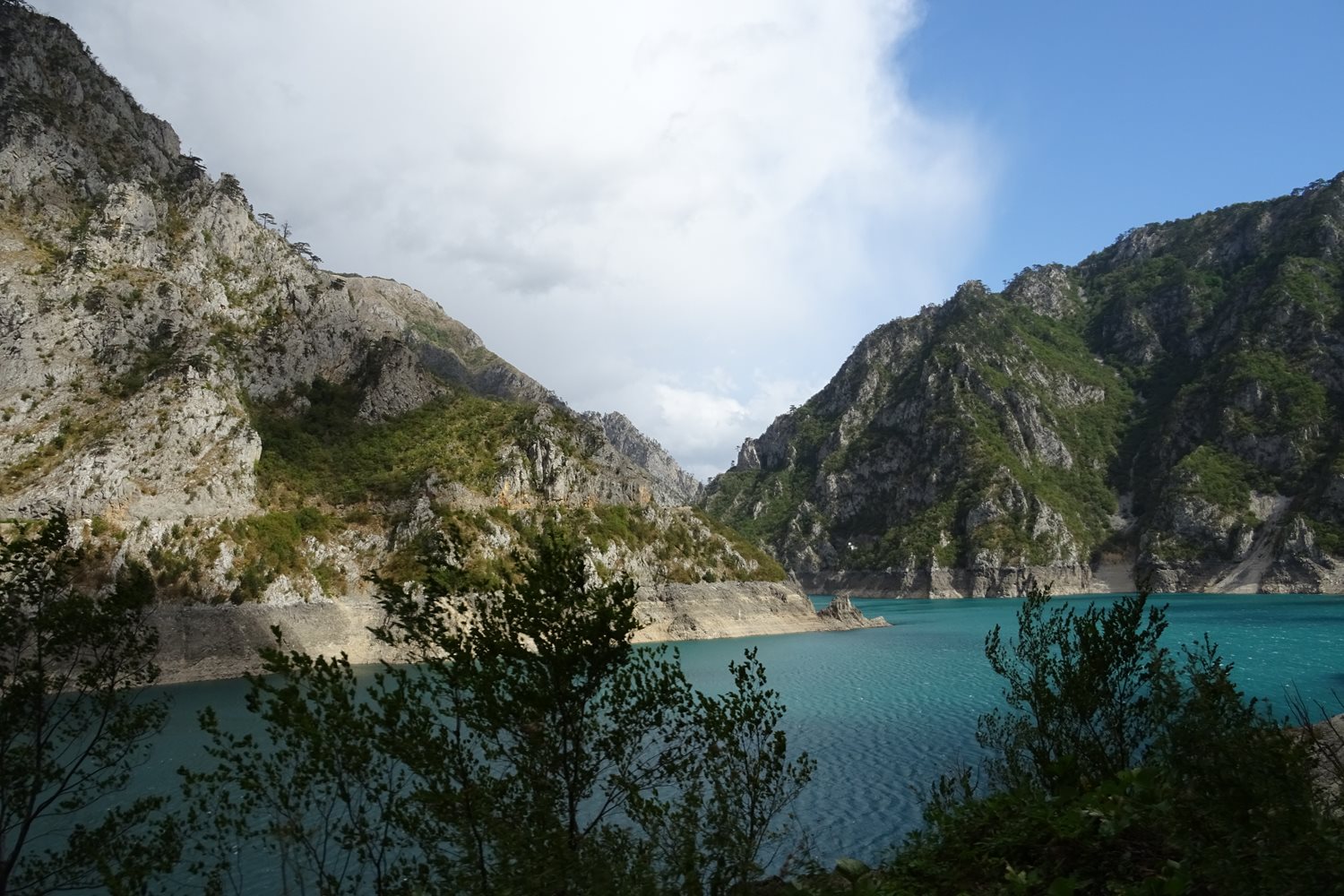 Our journey took us into Montenegro, where we stopped to have a go on a zip line. Finally, we reached our starting point. We got into our wetsuits, ate a giant sandwich, then dragged the raft down to the crystal-clear waters. Our guide, Christian, gave us a few minutes instruction and we were off!

The river was beautiful—it’s completely clear and you can drink the water. However, it is ice cold! We stopped to jump in and the coldness literally took your breath away! We had quite a long way to go that afternoon, and the river levels were quite low, which meant we had to do a lot more paddling as the river wasn’t pushing us along. We were still paddling away as night started to fall. It was dark by the time we saw two little torches on the bank that marked our camp for the night—so dark that we had collided with a branch floating in the river that we hadn’t seen. We had been paddling for hours and hours without seeing another person or building. We really were in the middle of nowhere! Our hosts at the camp cooked us a lovely BBQ and goulash dinner and we spent the evening around the camp fire. 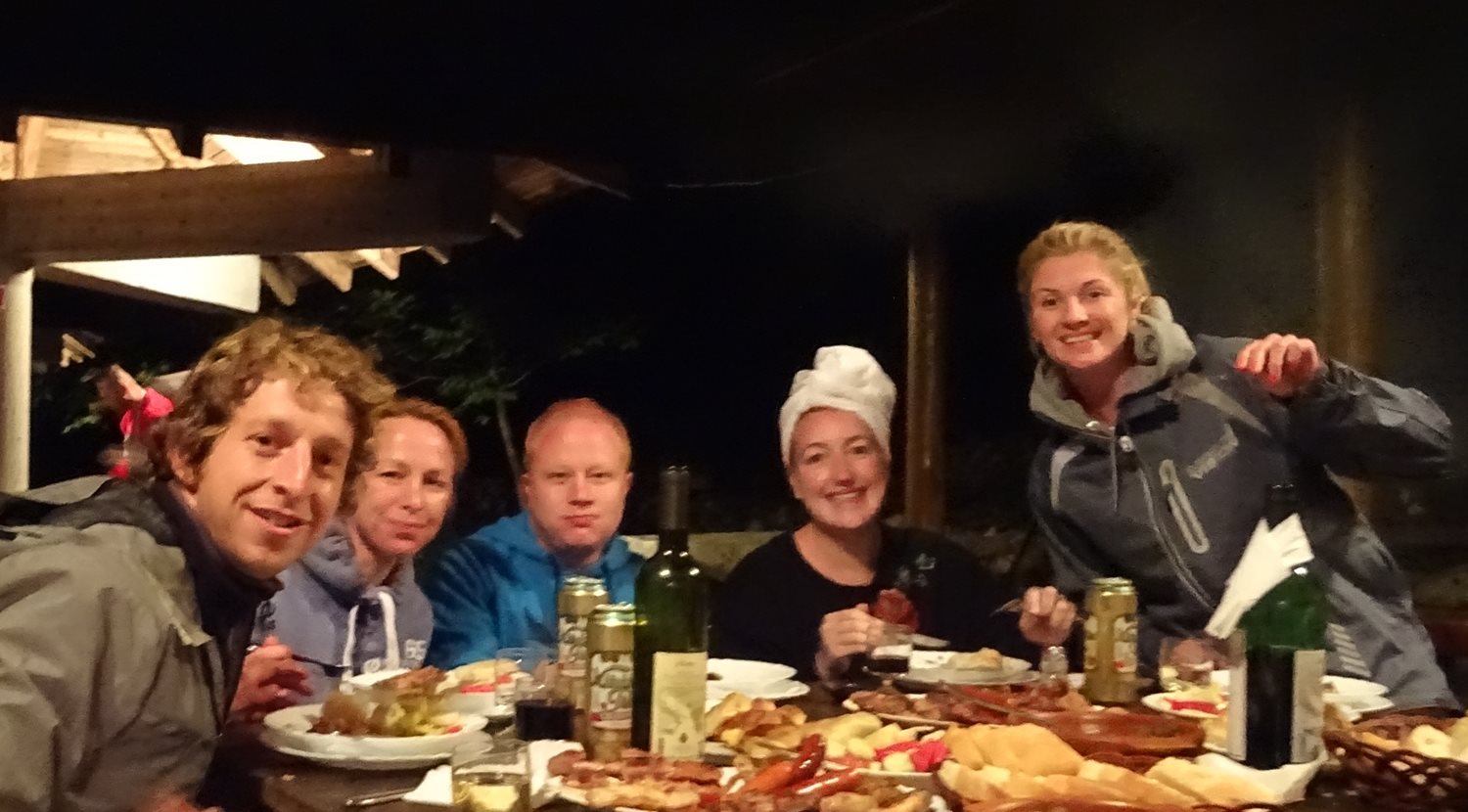 Monday:  We were up early to crack on with the day’s rafting. The sun finally made an appearance, so spirits were high! We had a huge 75km to raft that day (having done 25 the day before), and we were all a bit worried about quite how far we had to go. The river was stunning in the sunshine, we had a little break to look at a waterfall and to climb up to a cave. A bit later on we did a big cliff jump. 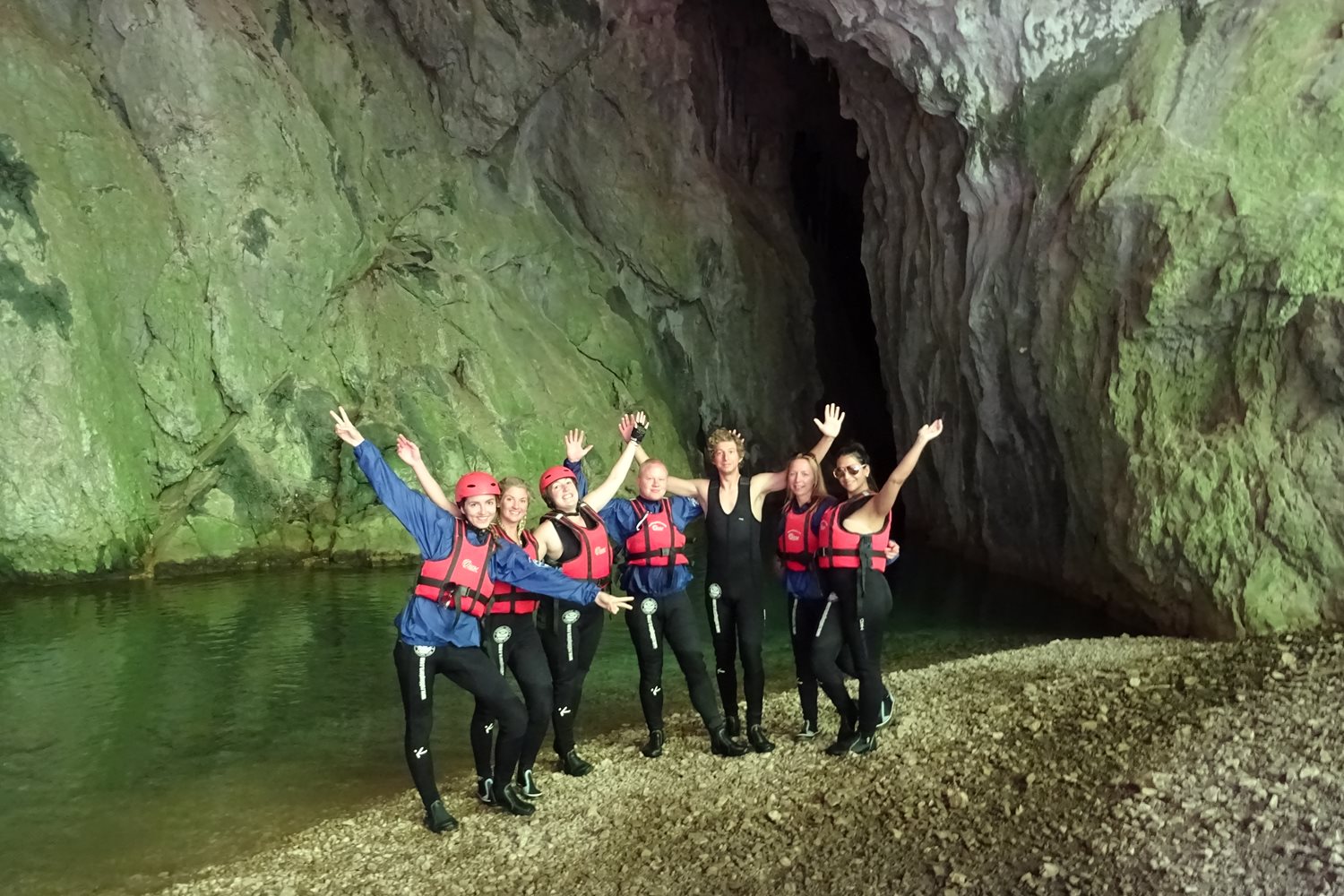 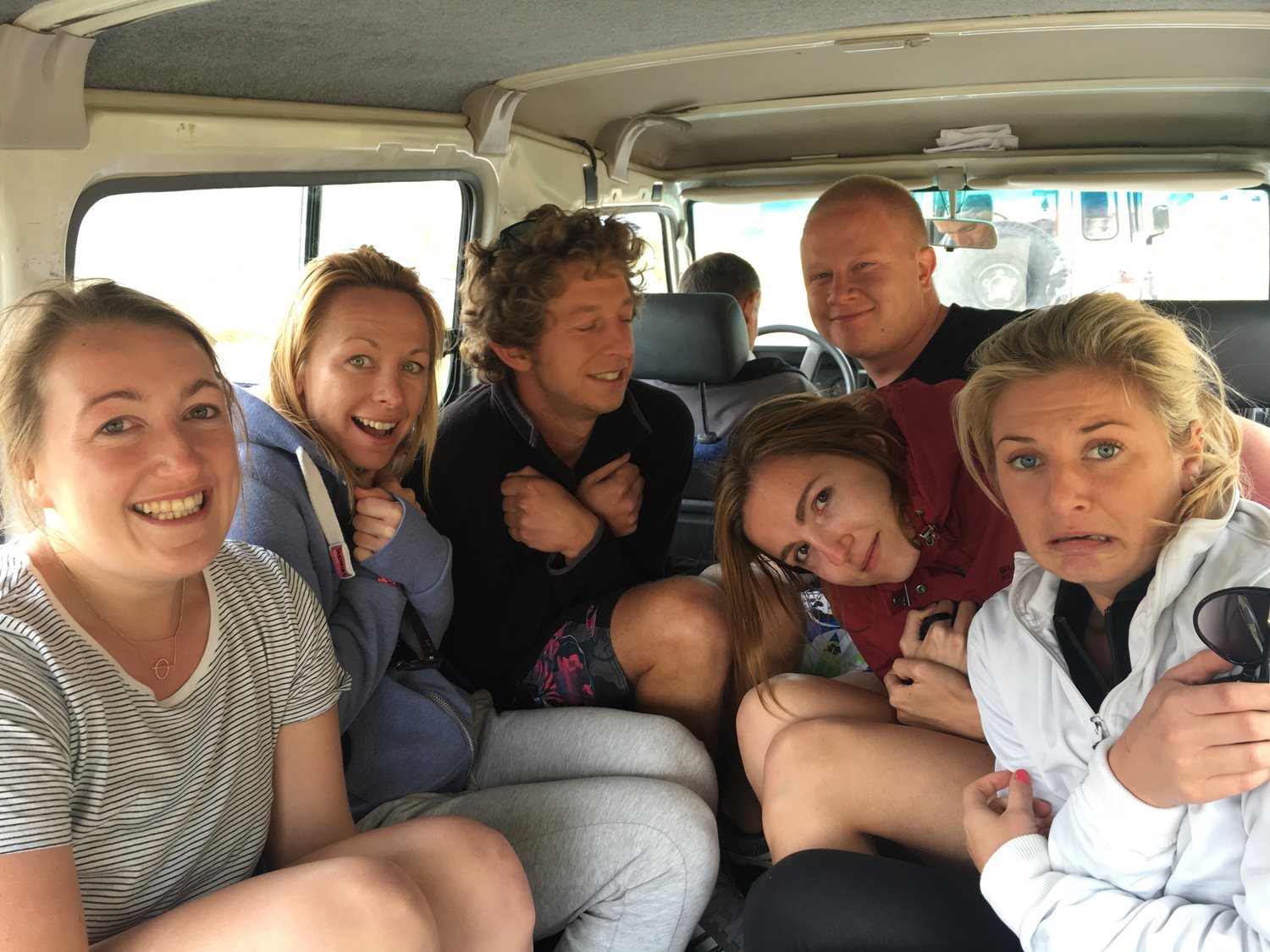 Everyone managed to stay in the boat, despite Christian deciding we needed more excitement and taking us down some of the rapids backwards! We had so much fun on the boat, but the ten hours rafting on Monday and the complete lack of any civilisation did send us a little bit crazy—we had a Tom Hanks Castaway moment! We were all so achy by the end of the day, but kept each other going with games (Lucy’s raspberry game!) and threating to push people overboard for clashing oars! We were absolutely shattered by the time we got back to camp, but so pleased with ourselves! We couldn’t wait to get back for a hot shower… unfortunately for us the power was down! We had another great night sat around a fire.

Today was day of hiking. We had another massive drive, loads of which was off-road, up to the National Park where Mount Maglic is. The hike was beautiful, we walked past a beautiful heart shaped lake and through lots of forest. Another night around the fire followed. 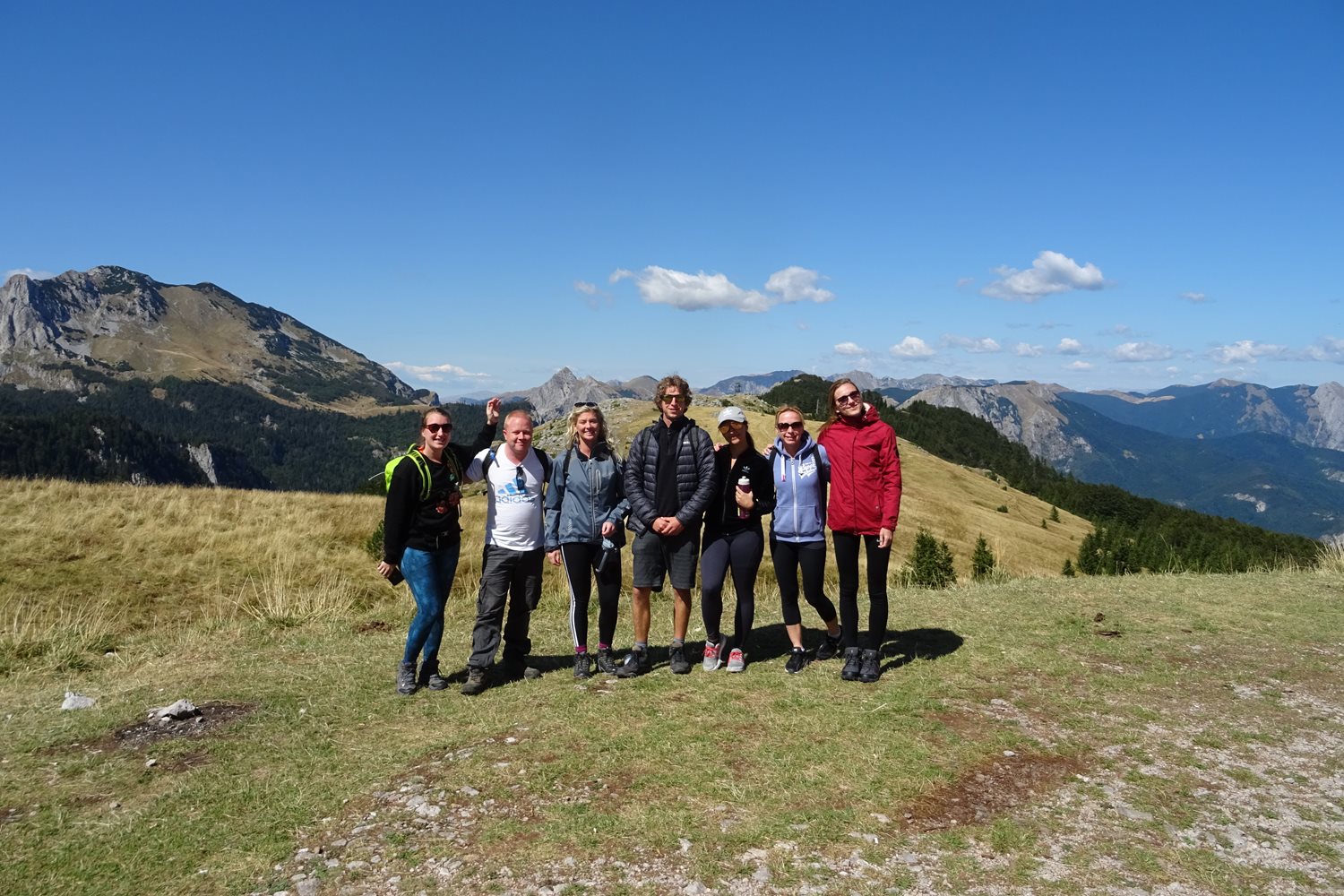 On our final day we had a long drive back to Dubrovnik. Thanks to Sally, we managed to store our cases with a friendly car park guard and were off to explore the city. We went to a great bar up in the city walls overlooking the sea and enjoyed some beers in the sunshine. No one wanted to leave! 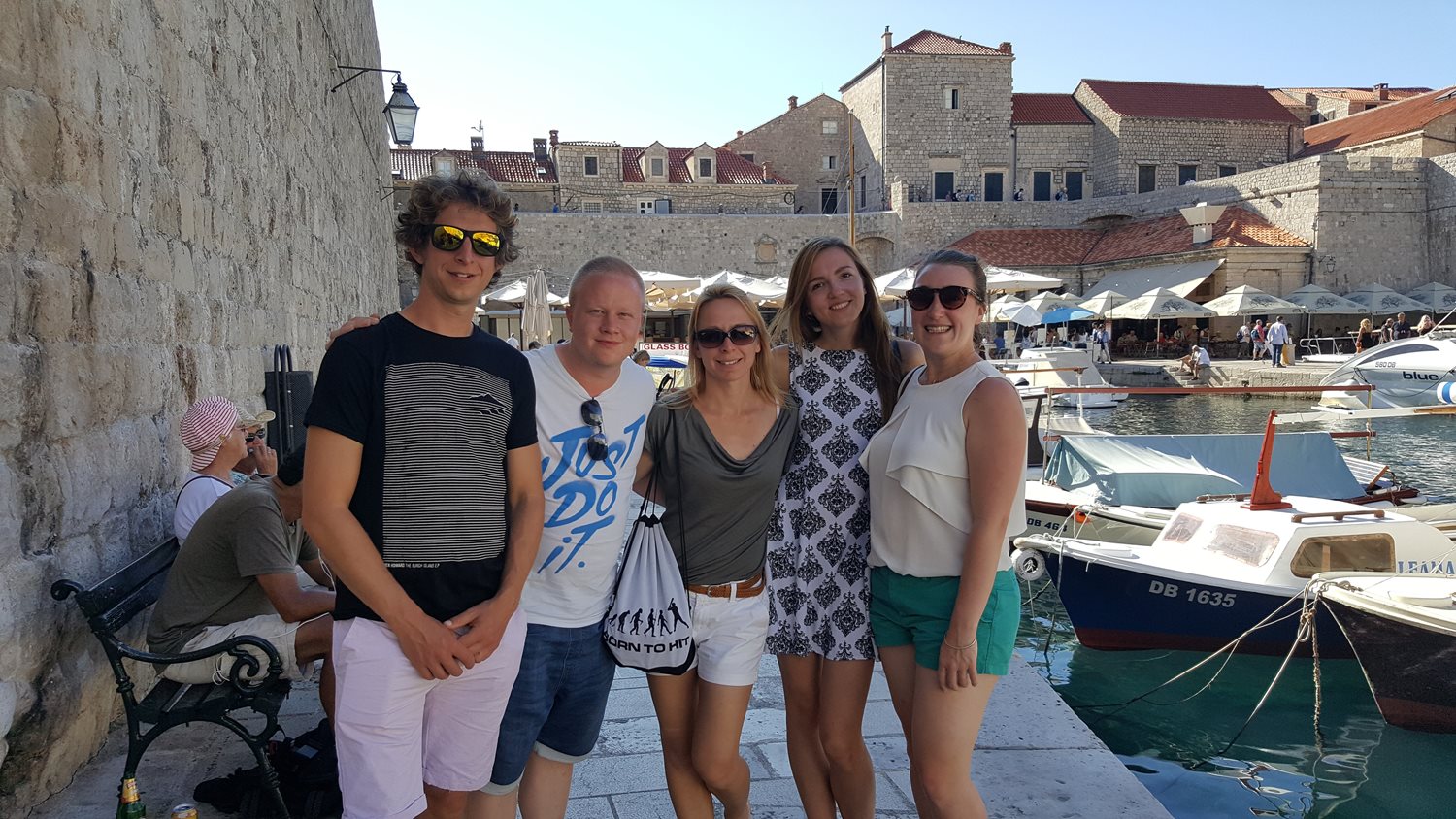 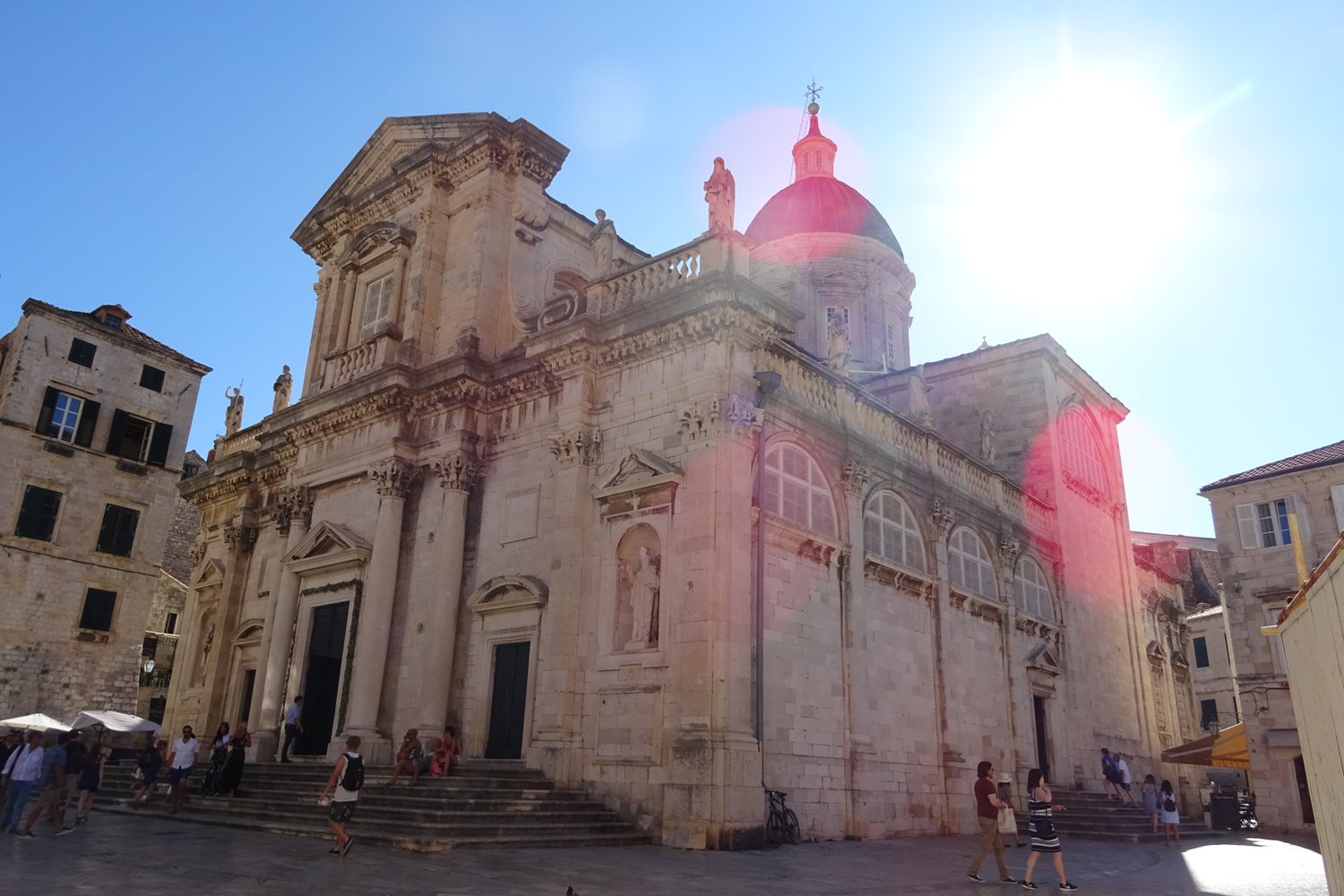 BYBI Susty Summit: What does the New Year hold for sustainability?

We joined BYBI (which stands for By Beauty Insiders) at their sustainability summit as they picked the brains of environmental experts Hannah Pathak, Director of Forum for the Future, and Emily Sharples from South Pole. Here’s what they had to say.

Green up your brand

Sustainability is a confusing word. With transparency and authenticity being seen as key to brand loyalty – it’s time businesses made sure that every element of their operations makes a positive impact.
Find your perfect Workspace
Home to London’s brightest businesses. 60 iconic properties throughout the capital, from Chiswick to Camden, Waterloo to Whitechapel.
Explore